Dammy Krane is currently trending on microblogging platform, Twitter after he called out his colleague, Davido over unpaid debt.

Dammy Krane chose to call remember his ‘rich guys’ who owe him money and OBO was the first on that list.

Run the check. I don reach out to people over the years based on split sheet & outstanding, No response , we no gats Dey get this convo here

He also backed up his claim by sharing a tweet Davido shared some years ago.

The tweet had read ; @dammy_krane co wrote the hook on ‘Pere’ 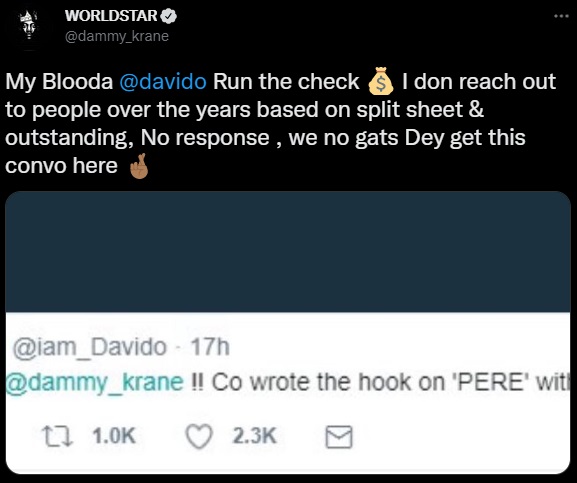 Dammy Krane’s tweet has set Twitter NG on fire with reactions as some are saying his accusation goes against Davido’s popular motto which says “We rise by lifting others.”

See some comments below:

Nectar wrote – Shishi you no go see, if you like knack head for wall. No be Davido you go use revive your de@d career

Asiwaju wrote – Sapa don choke Dammy Krane for neck, baba quick call out Davido for him percentage of a song since 2017

The ever-jovial Davido in his response, shared a photo of himself biting wads of hard currency and he accompanied the photo with a laughing emoji.

See the photo Davido shared below ; 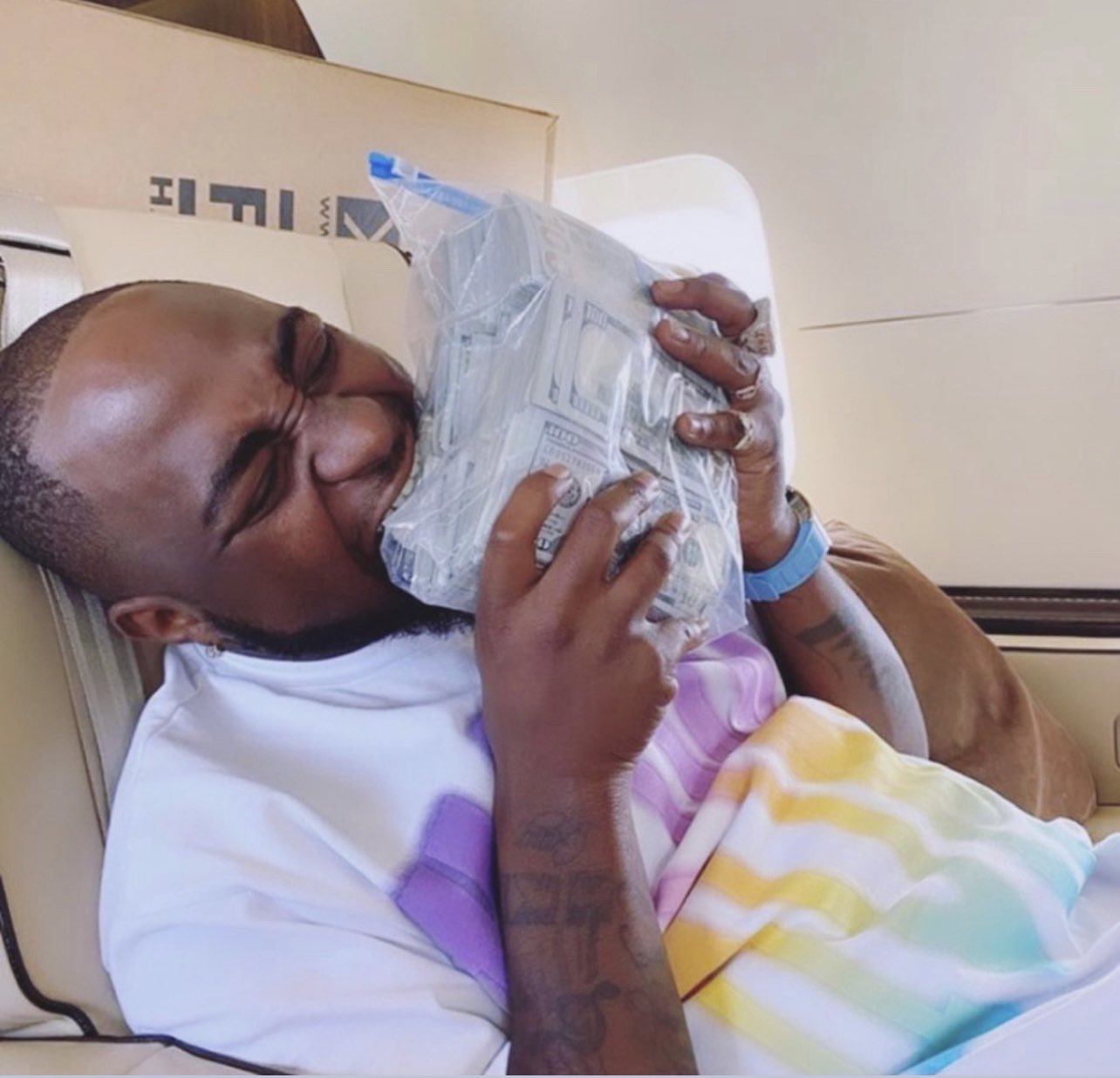 [Album] Chike – The Brother’s Keeper is Out Now | LISTEN

See The Full List Of Nominees For The BET Awards 2022